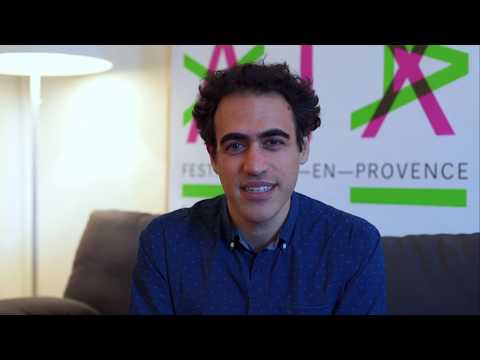 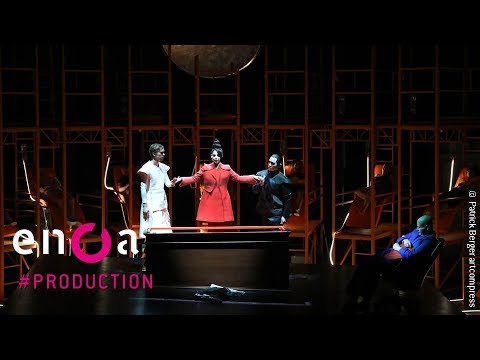 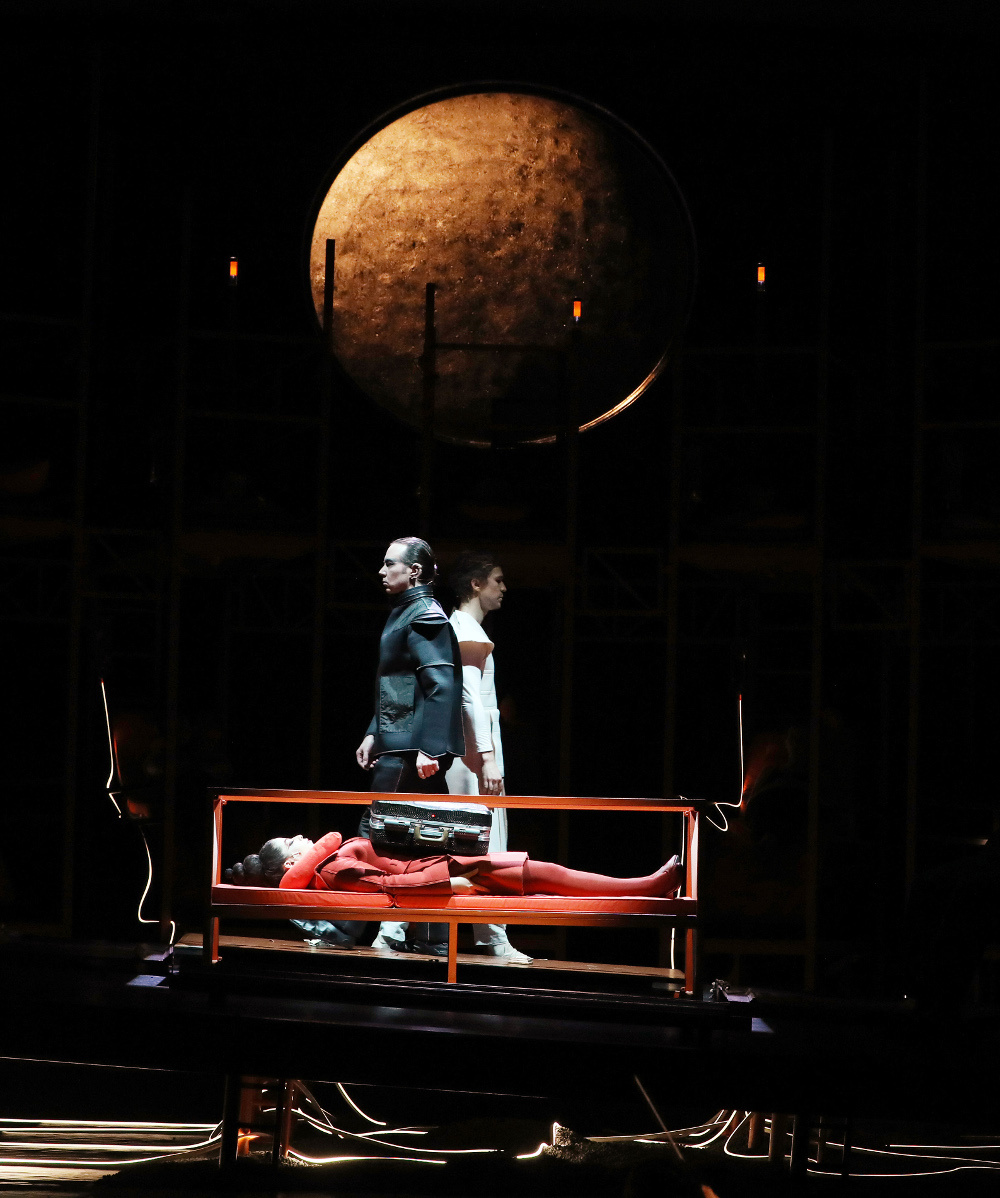 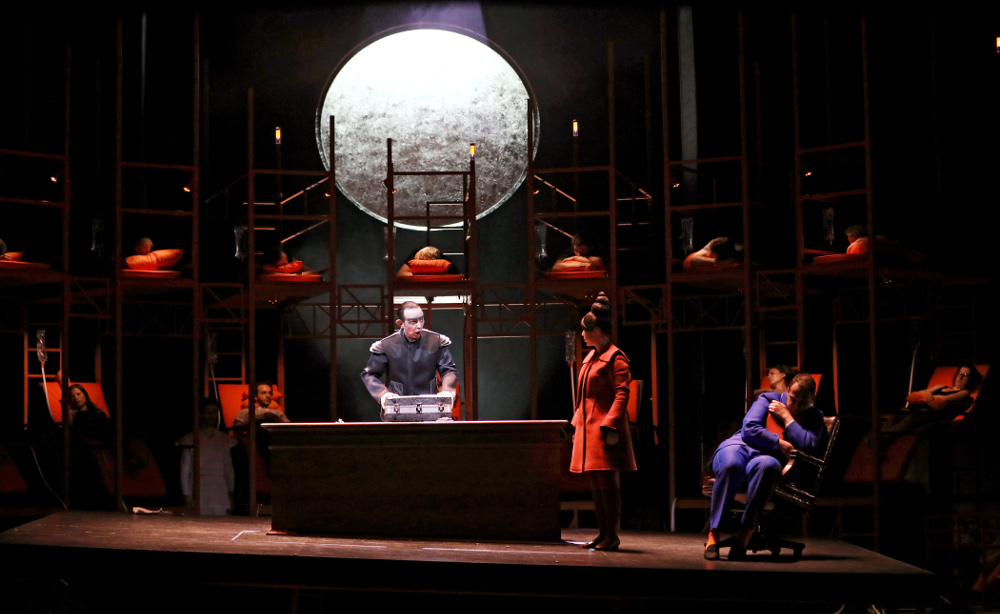 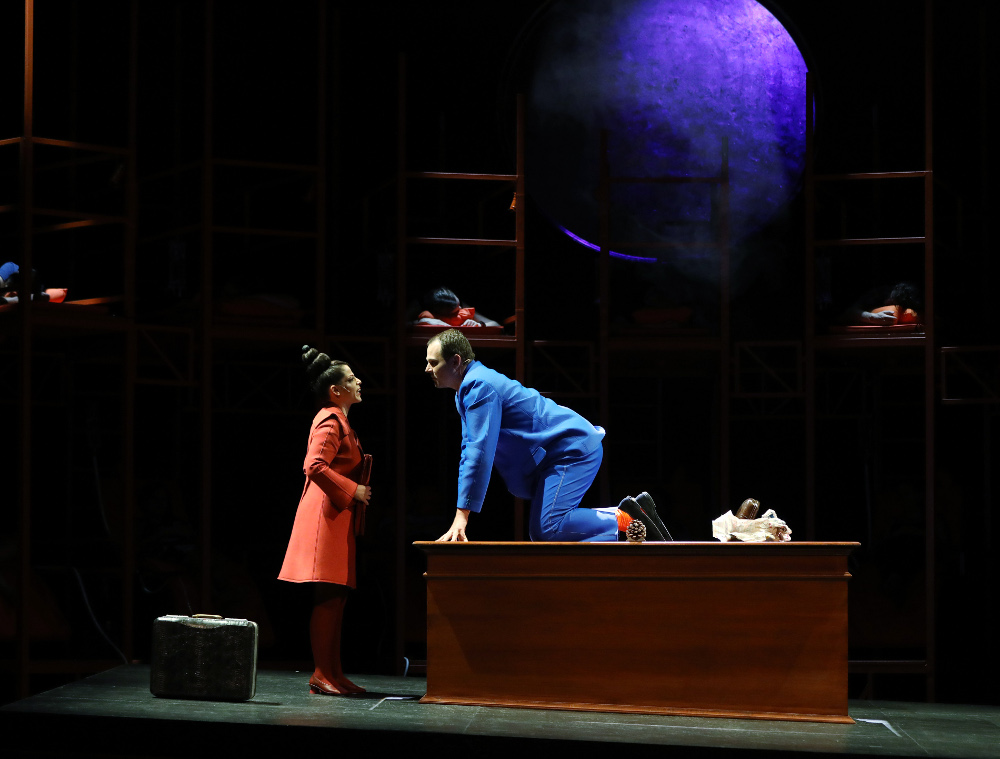 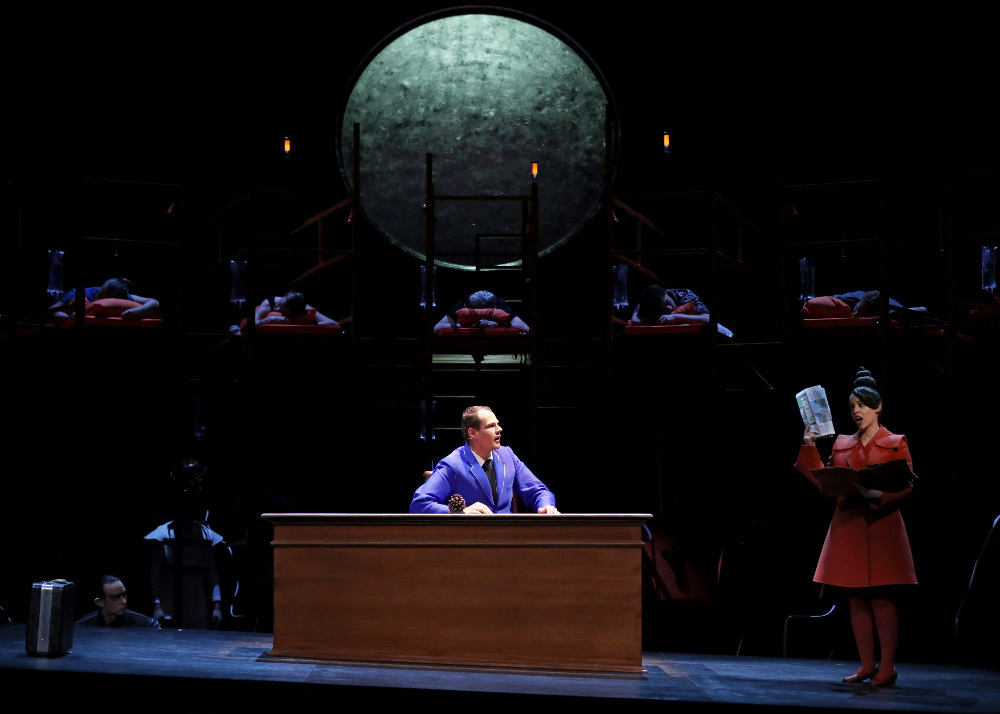 "Since the war, I had difficulty being in the company of men. Sleeping was my natural state of being. It was thus that I lived fully and this fulfilment was as necessary to me as air is to breathing."
Aharon Appelfeld: Le garçon qui voulait dormir, 2011

A thousand administrative prisoners are on a hunger strike. The Prime Minister decides to plunge them into a sleep which will distract international attention. And that is when the thousand sleepers cause the Israeli people insomnia. Consequently, it becomes urgent to send an emissary into the world of dreams… Through their dreamlike parable, which oscillates between seriousness and lightness, the composer Adam Maor and the dramaturge Yonatan Levy, both Israelis, talk about a torn apart country, a multi-cultural society that its governing authorities no longer see as an organic whole, but rather as an irreconcilable mosaic. Their multicoloured opera is in turns whimsical and dreamy, to be premiered at the Festival d’Aix before an international tour, is shot through with one certitude: “there is no homeland other than the space between one soul and another.”

With the support of enoa and the Creative Europe Programme of the European Union, Jean-François Dubos & JFD Associés.

A coproduction with IRCAM - Centre Pompidou

A joy of contemporary opera.

A new tale of 1,001 nights, in which the overall experience is corrosive and invigorating.

at the Helsinki Festival