At enoa, we strongly believe that opera and musical theater need to be able to showcase and support artists from other horizons.

Aware of the need for the opera world to take part in a necessary culture shift to equalize access, better diversity and achieve true inclusion, we launched in October 2020 our first call for residency for artists without significant opera experience.

This immersive residency program aims to open enoa institutions’ doors to a wider and diverse pool of talented artists and to enrich the opera landscape with new narratives and aesthetics.

We received more than 220 applications and 8 artists have been selected to benefit from those tailor-made residencies. Their enthusiasm and interest to discover the sector reinforce our convictions that it needs to be open and to represent today's society!

Here are the biographies of the selected artists for the 2021/2022 immersive residency programme.

Louise Ahl – in residency at the Operosa Foundation (Belgrade, Serbia)

Louise Ahl is a Glasgow-based artist originally from Sweden, making experimental and choreographic performance work. She creates both solo and collaborative multi-art-form pieces under the company name of Ultimate Dancer.

Josephine Baan – in residency at the Gulbenkian Foundation (Lisboa, Portugal)

Josephine Baan (b. Guildford, UK, 1987) is an artist and educator based between Zurich and Rotterdam. They are interested in the complexities of collectivity and engage in art, education and collaboration as ways to initiate creative sustenance. They perform with their body and voice—often together with other bodies and voices—and make installations, props, scripts and choreographies that explore the spaces and relationships between the flesh and the word, human and non-human bodies, and change and preservation. Materially and performatively thinking between things, beings and situations, they consciously switch perspective to influence roles and readings of power and control in relation to affection and gestures of care.

Josephine’s practice is closely linked to their work as an educator, which is influenced by radical pedagogy and non-hierarchical collaborative methods. They are a founding member of Rotterdam based educational collective Friendly Stalking; a community of practitioners working in the fields of art, design and science who develop collaborative, horizontal learning environments. Since 2019 they are co-running Zurich based School of Commons; a grassroots initiative dedicated to the study and development of decentered knowledge, with a focus on practices of peer learning and commoning.

Brandy Butler is a vocalist, multi-instrumentalist, performance artist, primary school music educator, and mother. She is a well-known activist and community leader, and uses her creative tools to energize her work for a more inclusive, diverse and equitable society.

Her creative performative work is driven by storytelling, as well as the use of archival material as bridges between the past and the future. Her goal is to create authentic connective artistic experiences, across generations and timelines that provide the possibility for people to authentically connect and community to be formed.

Since the fall of 2019 she is an ensemble member of Theater Neumarkt.

She is cofounder of braveneWWWorld, a collective that researches and develops creative content (also in the form of tools) from and for the digital stage.

She is one of the founding members of the Mino Collective, a think tank dedicated to centering women and femmes, queer folk, and people of color in the Swiss music and performance industries.

She is the founder and organizer of Switzerland’s first ever Drag Story Time, a program for primary school aged children that encourages young thinkers to open their minds to the possibilities of gender identity and diverse ways of living/being. 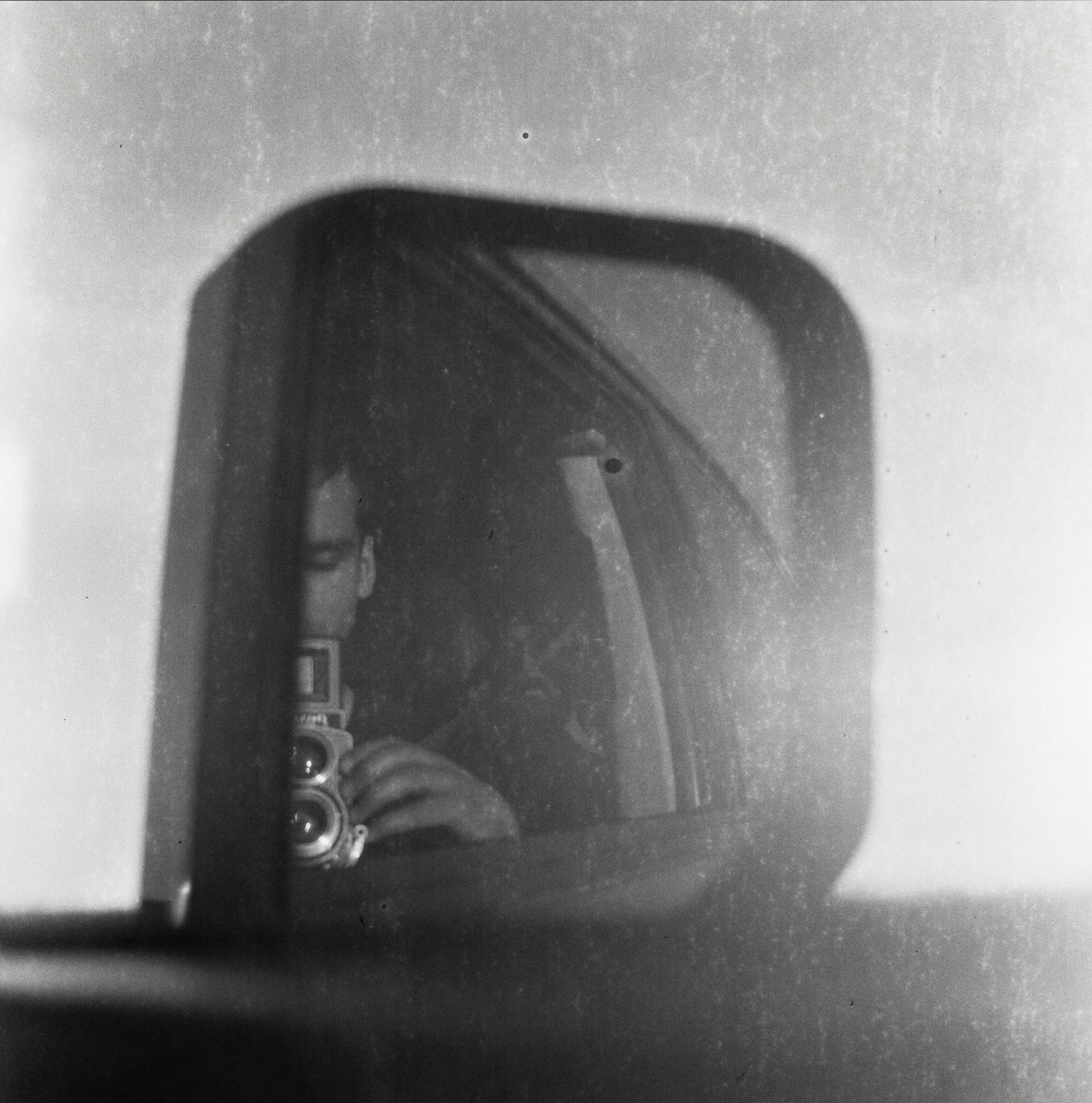 Charnjeev Kang is a London based filmmaker, architectural designer, inventor and poet. Born in Hounslow atop a video rental store and son of a seamstress of Indian garments, he was inevitably guided towards a life in the arts, these experiences were explored whilst completing his studies in Architecture at Central Saint Martins.

Since 2017 he has devoted his artistic practice to the perpetual description of Written Of Words, a landscape created through a bountiful confluence of drawing, film, sculpture and written text. Each piece imbued with a spirit of philosophical inquiry, these ethereal and intricate works reflect altered states of perception and how we subsequently conceive meaning. Written On Words will be featured in the exhibition and printed publication 'Cartographies of the Imagination' 2021 May - April, Omved Gardens, London.

Mikhail Karikis is a Greek/British artist based in London and Lisbon. His work in moving image, sound, performance and other media is exhibited in leading contemporary art biennials, museums and film festivals internationally.

Through collaborations with individuals and/or communities located beyond the circles of contemporary art and (in recent years) with children, teenagers, young adults and people with disabilities, Karikis develops socially embedded projects that prompt an activist imaginary and rouse the potential to imagine possible or desired futures of self-determination and potency.

Centering on listening as an artistic strategy and focusing on themes of social and environmental justice, his projects highlight alternative modes of human action and solidarity, while nurturing critical attention, dignity and tenderness.

Matteo Locci – in residency at the Operosa Foundation (Belgrade, Serbia)

Matteo Locci is a multimedia artist and a critical conjurer with a designer background who graduated from the faculty of architecture at the University of Roma Tre in 2013.

Situated at the intersections of popular history, art, activism and performance, his work highlights the shifting relations between power, technical images, and participation, focusing on the ways by which attention is triggered, produced, circulates, and disappears in neoliberal participatory governance. Instigated by the notion of distraction within the attention economy, his current research analyses the neurological implication of the dopamine based circle of addiction while exploring the variety of the existing non attentive perceptions.

Most of his research is carried out with and thanks to the interdisciplinary collective ATI suffix of which he is a co-founder. At the base of the collective's research is the understanding and the stressing of the contributions given by each actor participating in the construction of the city. They conceive their involvement as contaminated contaminants in co-created processes that open and are co-directed by the circumstances, the contexts, the people and the communities encountered. They refuse to operate in the urban environment within the logic already governing the city, thus they push their research as a trojan horse to decode, provoke and break pre-established convictions while operating as an unbalancing factor.

Caitlin Smith is a Canadian composer and writer based in Vienna, Austria. Living with a disabling chronic pain disease since age 20, her creative work reflects the complexity of her lived experience. Her practice mines a wide variety of musical genres, exploiting both concrete and abstract aesthetic techniques to convey sung and spoken-word material on themes related to feminism, disability, and inequality.

After completing a Bachelor of Music degree from Humber College in Toronto, Smith studied composition in New York on a one-year grant from the Canada Council for the Arts, and is otherwise largely self-taught. In 2005, she founded the Tiny Alligator Large Band, a hybrid jazz-classical orchestra, leading the ensemble in performances in New York and Toronto until 2011. She has been resident at the Banff Centre and The MacDowell Artist Colony, a presenting composer at the International Jazz Composers’ Symposium, and a participant in the Soundstreams Emerging Composer Workshop.

Her work as a composer and writer has been awarded numerous grants and prizes, including composition grants from the MA7 Magistrat der Stadt Wien für Kultur, the Canada Council for the Arts, the Ontario Arts Council, and the Toronto Arts Council, as well as prizes from the Women in Creative Music Award from the Canadian Federation of University Women, and the Sonic Geography contest from Musicworks. Smith is an Associate Composer of the Canadian Music Centre and a member of the Canadian League of Composers.

He is a multi-identity artist based on his diverse academic background in the field of art. Installation and performance are the focal points with which he has worked over the past four years. His work deals with the concept of body, space and improvisational forms of movement. He integrates traditional practices found in the Middle East and Central Asia into movement sequences based on his cultural roots. In this way, he explores the perception and impact of these forms on an audience shaped by Western visual practices.