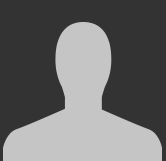 Dramaturg Olaf A. Schmitt studied theatre, film and media studies and musicology at Frankfurt am Main. He was dramaturg at Theater Heidelberg (2005–08) and Bavarian State Opera (2008–13) and had guest engagements at Royal Opera House Covent Garden and Opera Cologne, where he worked with directors Martin Kušej, Barrie Kosky and Andreas Kriegenburg, and composers Peter Eötvös and Miroslav Srnka, among others. He became chief dramaturg at the Bregenz Festival in 2014 and artistic director of the Kasseler Musiktage in 2016.
Schmitt is a lecturer at the Bavarian Theatre Academy and the Stuttgart Academy of Fine Arts and has taught at the universities of Frankfurt and Zürich. He has published several essays on theatre and music and has presented papers on Richard Wagner at the universities of South Carolina and Minnesota, among others.