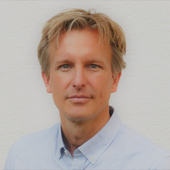 Stefan Bläske studied theatre and media studies, philosophy, political and admininistrative science and did his PhD at the university of Vienna on "Self-reflection and Media Reflection in contemporary theatre". He worked at the Federal Ministry for Education and Research in Berlin and wrote theatre critiques e.g. for www.nachtkritik.de. As a dramaturg, he worked at the state theatre in Munich (Residenztheater) and freelance with different artists. He taught at several universities and arts schools such as Otto Falckenberg School in Munich and ZHdK Zurich.
He has worked as a dramaturge for Milo Rau and the IIPM – International Institute of Political Murder from 2014 to 2018 on several projects such as Empire (coproduced by Kunstenfestivaldesarts, Brussels) as well as in German city theatres such as Schaubühne Berlin (Compassion and Lenin).

His first project in Ghent was Five Easy Pieces, produced by CAMPO, which won several prizes in Europe and was invited to the Theatertreffen festival in Berlin. The German theatre critics selected Stefan Bläske as "dramaturge of the year" ("Theater heute") in 2017. Since 2018 he is head of dramaturgy at NTGent.